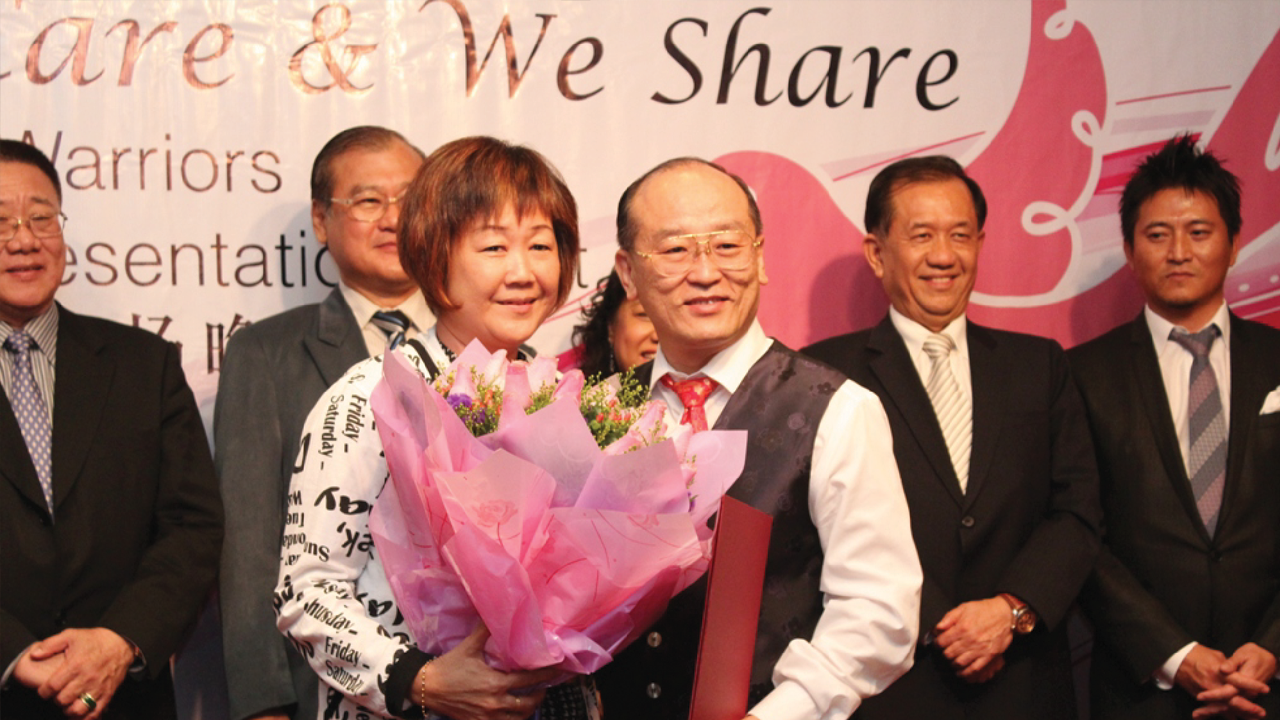 In early 2010, I noticed that I had an unusual feeling of fullness and frequently urinated. On March 9, 2010, I went to a hospital for a check-up and found out I had two ovarian sarcomas. The doctor suggested that I see a gynecologist and take a blood test.

On April 9, 2010, I went to another hospital to see a gynecology specialist. After a CT scan, the doctor told me that the tumors on my ovaries all together were as big as a football. He said I should have surgery to remove them and then do a biopsy. The surgical cost was about $8,000. I was so worried and afraid; I did not know what to do. I cried almost every day. My two daughters also did not know what to do; they felt overwhelmed and cried with me.

Some friends suggested I see a few more doctors. On April 5, 2010, my friend introduced me an anti-cancer Chinese herbal medicine that was developed with advanced biotechnology called Tian Xian Liquid. Two weeks later on April 20, I went to another hospital to see another doctor. After the medical exam, the doctor told me my tumors together were like a Sepak Takraw [volleyball]. He also recommended that I have surgery.

I was very much against surgery. I was afraid of it so I hoped to find an alternative treatment. In the meantime, I had been taking large doses of Tian Xian Liquid daily. According to research studies, Tian Xian Liquid contains more than 10 kinds of anti-cancer properties. Combined with conventional western therapy, it can help patients significantly.

Tian Xian Liquid has the ability to “Fight the negative and strengthen the positive.” The medicine can damage the cancer cells and let them naturally die without harming normal and healthy cells in the body. It can boost the immune system and activate the good cells in order to modulate the growth of cancer cells. It helps to boost and enhance immunity. If it is a benign tumor, Tian Xian Liquid can help to modulate the growth of benign tumors and prevent malignant cancer. Whether it is a benign or malignant tumor, Tian Xian Liquid can help to relieve cancerous symptoms while being safe, non-toxic and have no side effects.

In the middle of May, and I went to the third hospital for a medical test. Surprisingly, the doctor told me my tumors had shrunk! Both tumors together were the size of an egg. The doctor said no surgery was needed after all. They would go away after menopause. Also, my ovaries were fine. I just have to back in six months for a follow up checkup.

On June 21, I went back to the hospital for the follow up and both ovarian sarcomas remained stable. My doctor wrote down “two fibrous tumors” on the report. This meant they were benign! I had been thinking I had cancer and would die soon! However, my situation was much better than I had thought. I was really happy and relieved.

The Lesson Is Do not Panic

This was a lesson to me. After the examination, when the Practitioner told me my tumors were invasive, I mistakenly thought I had cancer and immediately fell into a state of extreme agitation. After I saw the second doctor, he gave me two weeks to consider an operation. When the third doctor said no surgery, I was really relieved. None of them explained the details of my disease to me; I also did not know what I should ask the doctors about my illness. Consequently, I lived in fear for months. After this ordeal, I learned to not jump to conclusions. We have to ask doctors about the disease calmly and choose the most appropriate methods of treatment.

Now, I have changed my lifestyle and diet. I eat more fruits and vegetables, and drink plenty of water. I still insist on taking Tian Xian Liquid daily to prevent my tumors from changing to malignant tumors. I am full of energy. Even though I still have 2 small tumors in my body, I have learned to peacefully live with them.

I am very grateful for the support of my husband and children.