The Development Of Tian Xian Liquid

(Taken from the Cancer Terminator – Chapter 2)

I was motivated to challenge cancer accidentally by my experience as an intern.  I once saw a 12 year old girl kneel before a physician and cry heart-brokenly, “Doctor, please save my mother! Please!” At the end of my wits, I simply stood aside and helplessly watched the precious life of this little girl’s mother taken away by terminal liver cancer. At that moment, I determined to devote my life in the fight against cancer. Since I had full confidence on traditional Chinese medicine, I had focused my endeavors in developing its curative and therapeutic effects on cancer.

I started my journey by collecting herbs and prescriptions “capable of treating cancer”,  as well as searching for folk treatments that had been handed down from one generation to another around the country. I was, then, engaged in the comprehensive research of  anti-cancer drugs in a variety of aspects. During this period, too, I gathered nearly 1200 types of crude drugs and prescriptions according to the medical theories of Chinese medicine. In addition, all of the crude drugs and prescriptions are classified by the four theories of removing heat and toxic materials, promoting blood circulation by removing blood stasis, alleviating pain and dissolving lumps, and invigorating qi and enriching blood.

The effects differ with the various assortments and prescriptions of crude drugs. For example, crude drugs A and B manifest opposite results with the proportion of 1:1 or 1:3, or further, if added to C and D, no matter how much is added or eliminated, one spoonful of this delicate combination produces incomparable results. This effect is termed as “duel effect”. The effect of single types of crude drugs might be common; however, with the combination of two, three or more, the superior effect will greatly impress you.

There remained 60 types of qualified crude drugs surviving from the strict selection and filtering process of over 1200 types of crude drugs as well as prescriptions. After another round of tests and selection, only 30 types successfully hurdled the standards prescribed. Composed mainly of crude drugs with high anti-cancer effect, the 30 types showed enhanced potency on the intestine and stomach, promoted diuresis, nourished and strengthened the immune system. The function of each crude drug could likewise be clearly defined.

Ultimately, through over 18 years of innumerable experiments and combinations of the 30 types of crude drugs, we successfully found the perfect Chinese anti-cancer medicine.

The research was fortunate enough to get the government’s support and was approved for large-scale clinical experiments. In 1995, China National Ministry of Sanitation and National Science Committee formally rated the initial product “Tian Xian Pill”, which was spoken of very highly by the representatives of the Chinese government who were involved in this key research projects of science and technology.

It was also approved for production as the new anti-cancer agent on a national scale. In 1998, it was ratified as the Chinese medicine with satisfactory anti-cancer effect for the first time. On the basis of the “Tian Xian Pill”, we further developed the series of Tian Xian products of different systems, types and doses according to the requirements in the medication course. Hopefully, we expect that this can effectively meet the therapeutic requirements of all cancer patients.

Above all, the most important research development lies on the liquefaction of the Tian Xian pill. In 1991, the crude drugs upon which sustained research, experiments and processes had been based had proven suitable for initiation into the liquefaction of the Chinese anti-cancer medicine and marvelously improved previously noted therapeutic effects. In order to stress the magnificent feat of “initiation”, we named it “China No. 1”. 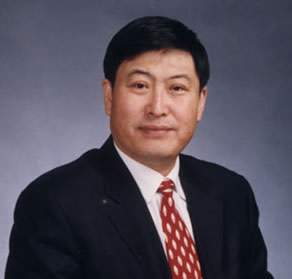 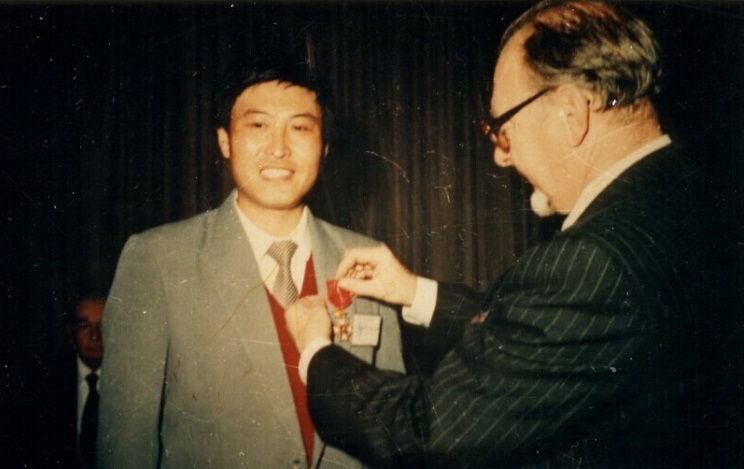 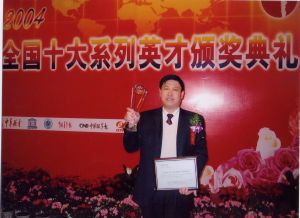 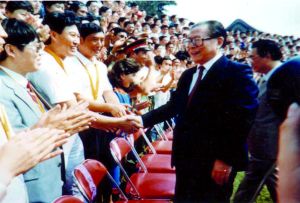 All the raw materials of the series of Tian Xian products are from the precious herbs of the Mountain Range of Chang Bai. Please refer to Table 3 for the contents of main crude drugs and action of Tian Xian Liquid.

Situated in the crater of the mountain range of Chang Bai, the Chang Bai Mountain is an active volcano. Due to the constant eruptions of the volcano in the past, the extended mountain ranges are covered with thick volcanic ash. Over the years, the soil in this mountain range gradually accumulated over 20 trace elements such as selenium and germanium which are especially produced by the volcano. Indispensable constituents of the human body, these trace elements boast of excellent effects on improving consitution, preventing aging, latitude and cancer.

In recent years, the dried Korean ginseng immersed in the natural fountain sprouting from the fault zone of the Chang Bai Mountain range has miraculously germinated. Noticeably, residents near and around the Chang Bai Mountain range enjoy longevity. It is said that this could be attributed to the fountain naturally flowing from the Chang Bai Mountain Range. The natural fountains, therefore, are reputed to have come from the “mountain of youth”. Due to the excellent nature of the water, soil and climate around the mountain range, plants (herbs) in the neighboring areas grow rapidly with short growth cycles but long rest periods. Herbs with extraordinary characteristics are consequently abundantly cultivated. 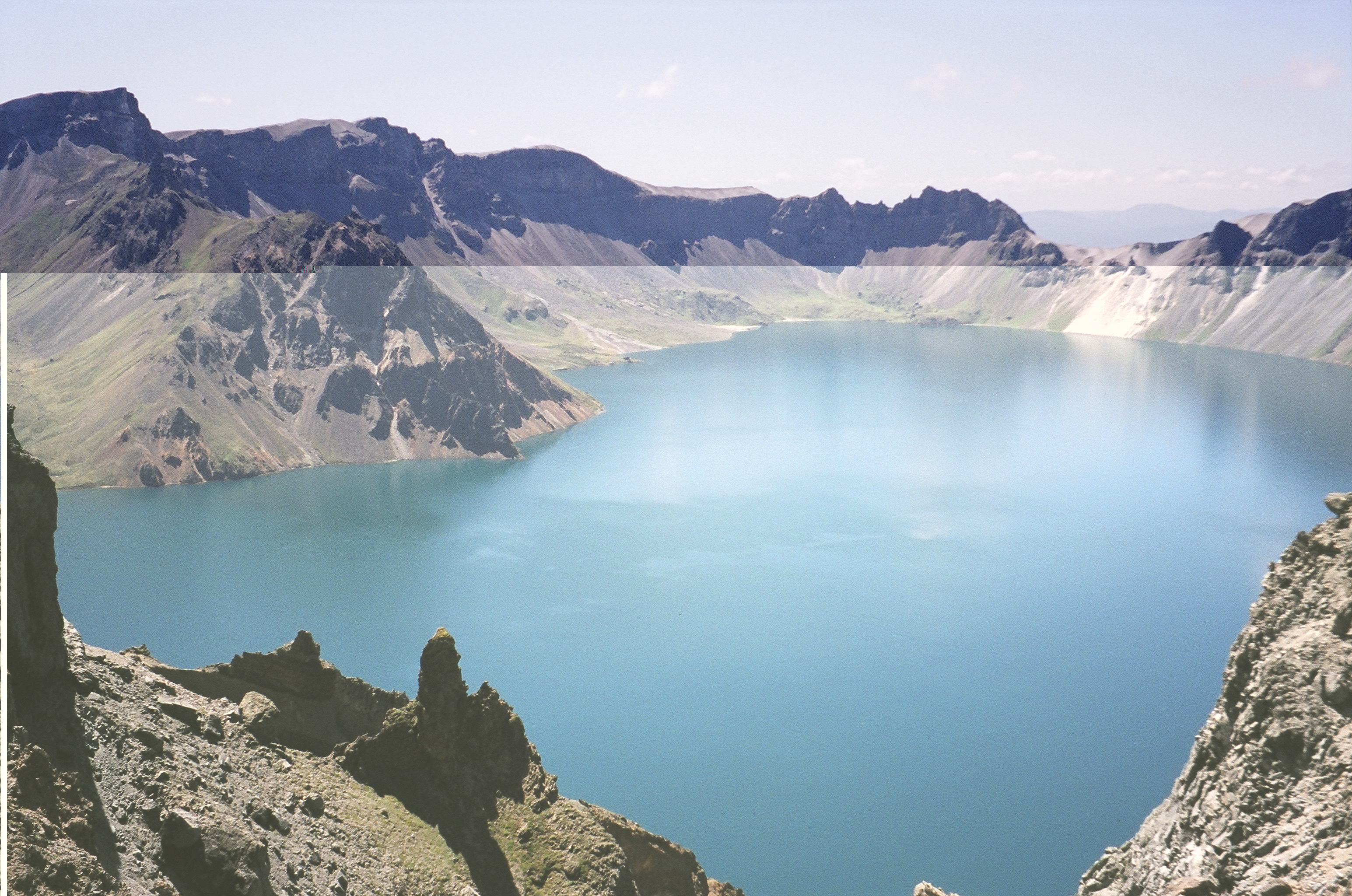 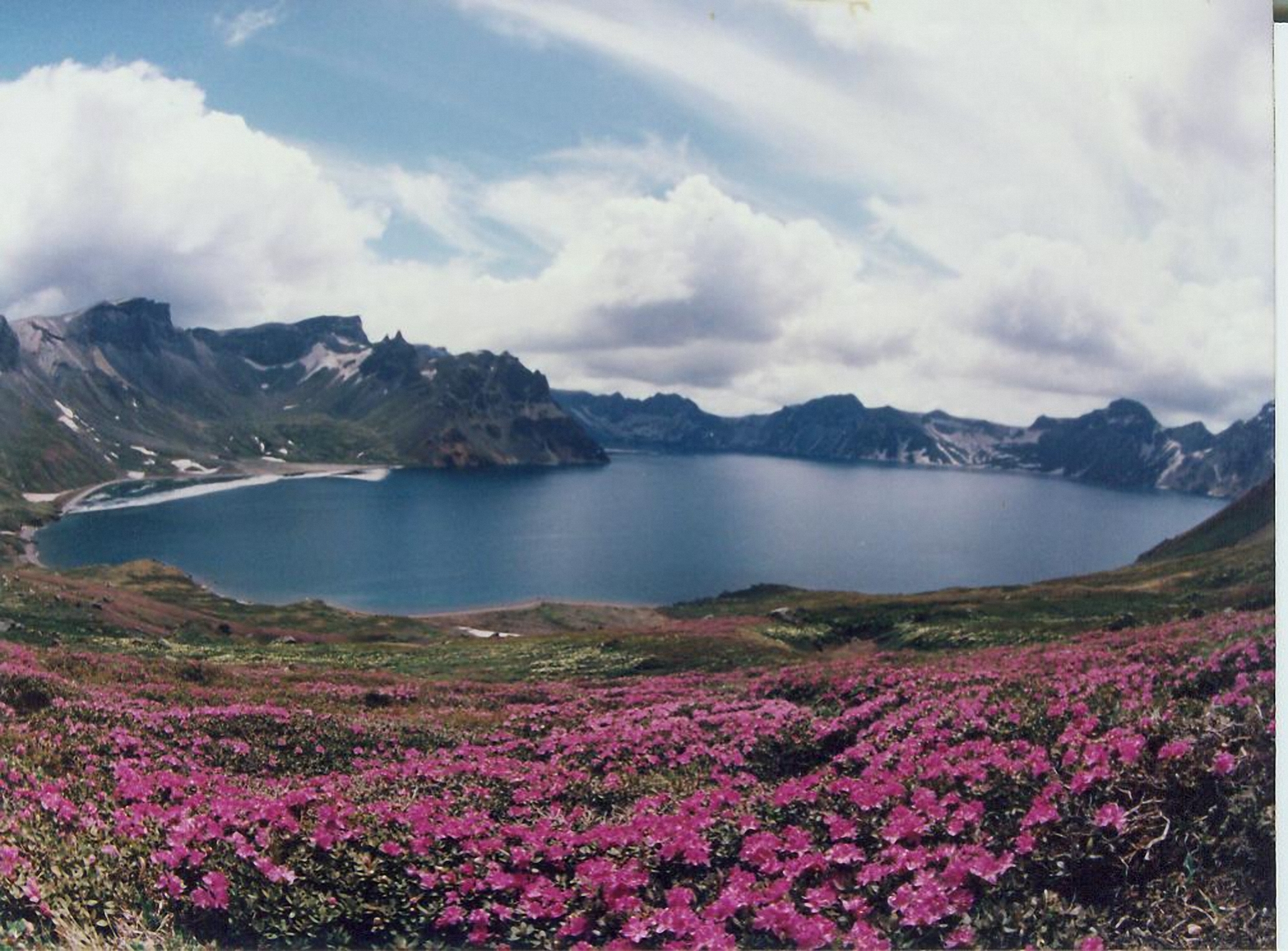 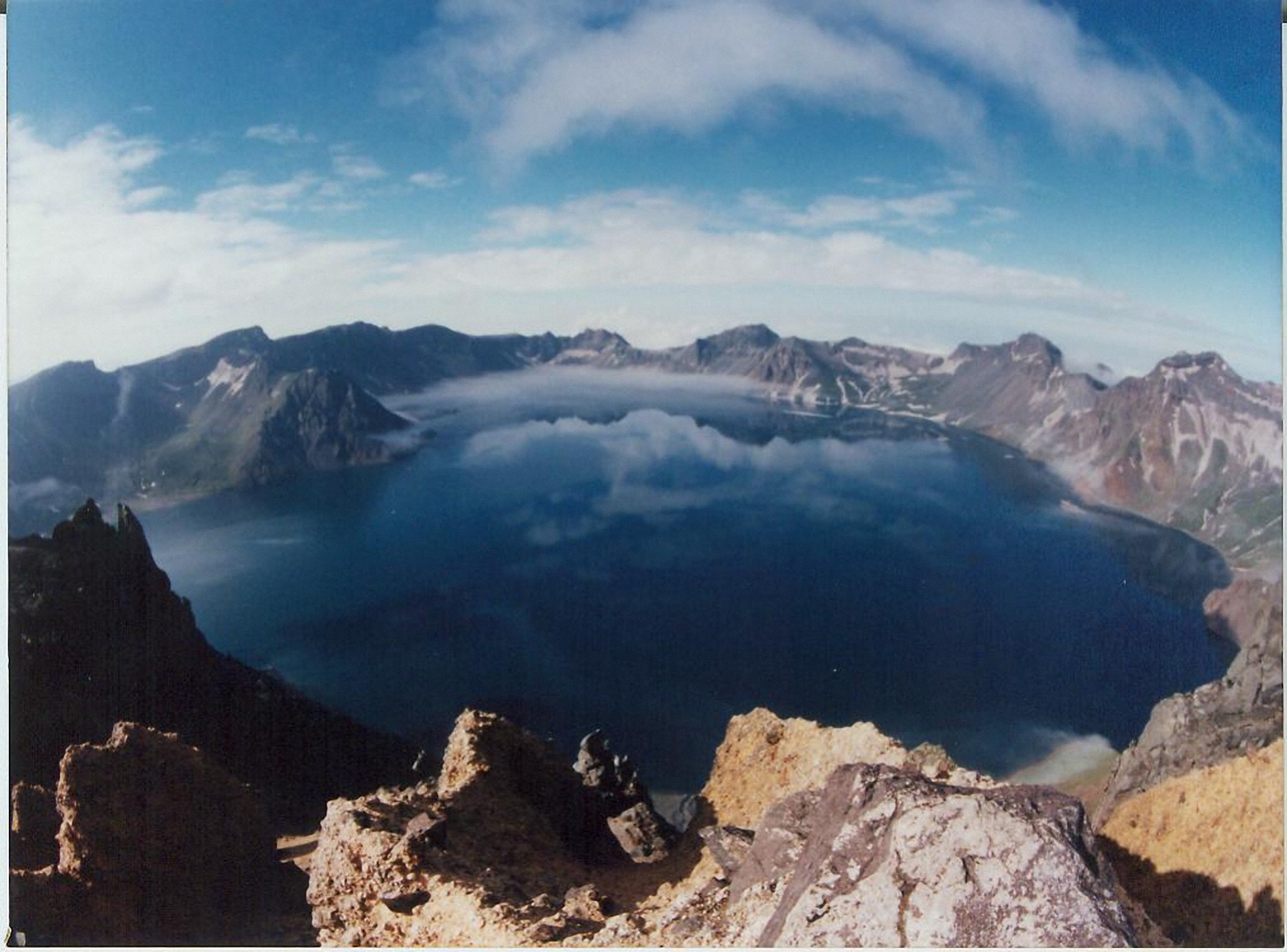 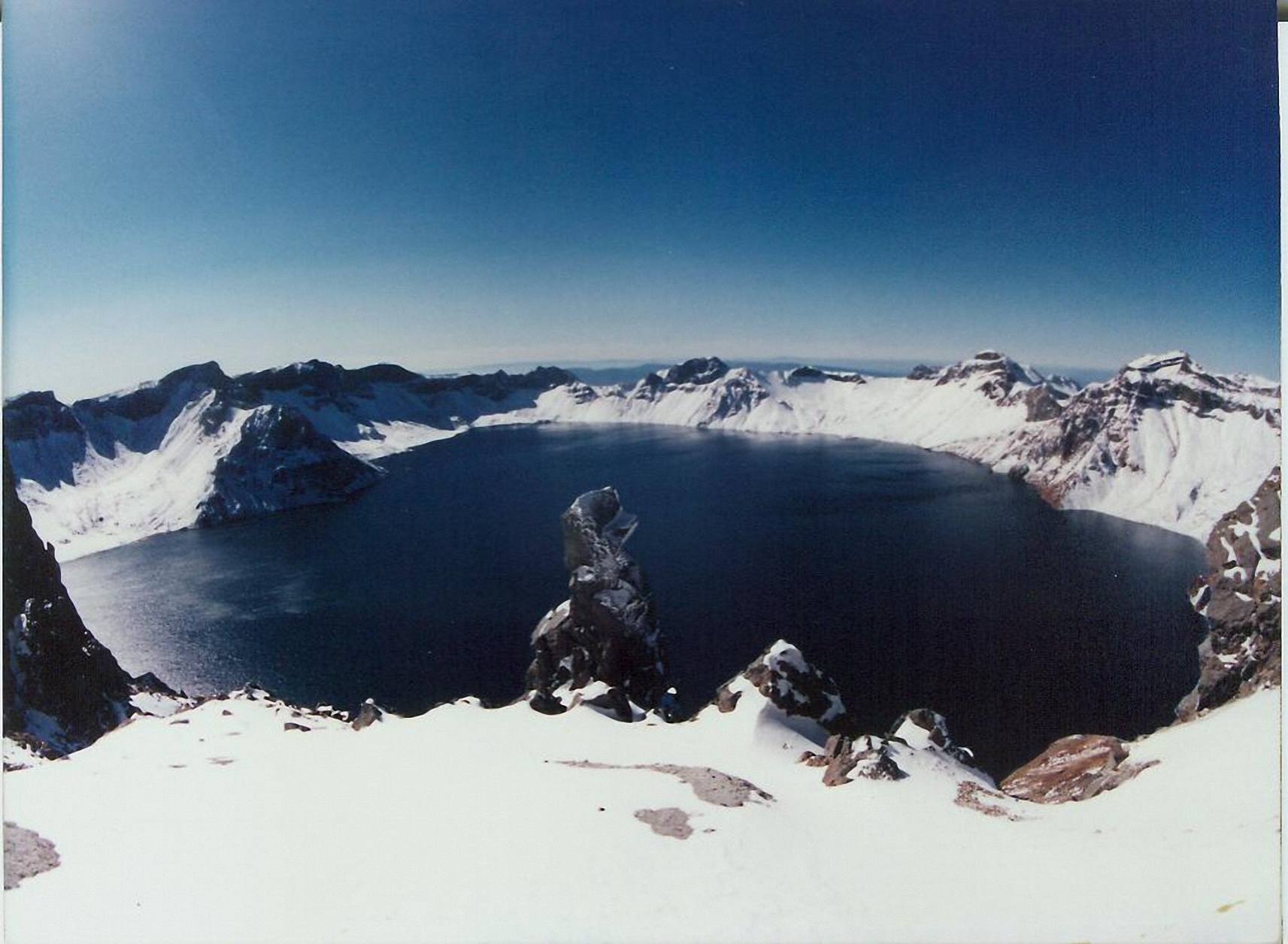