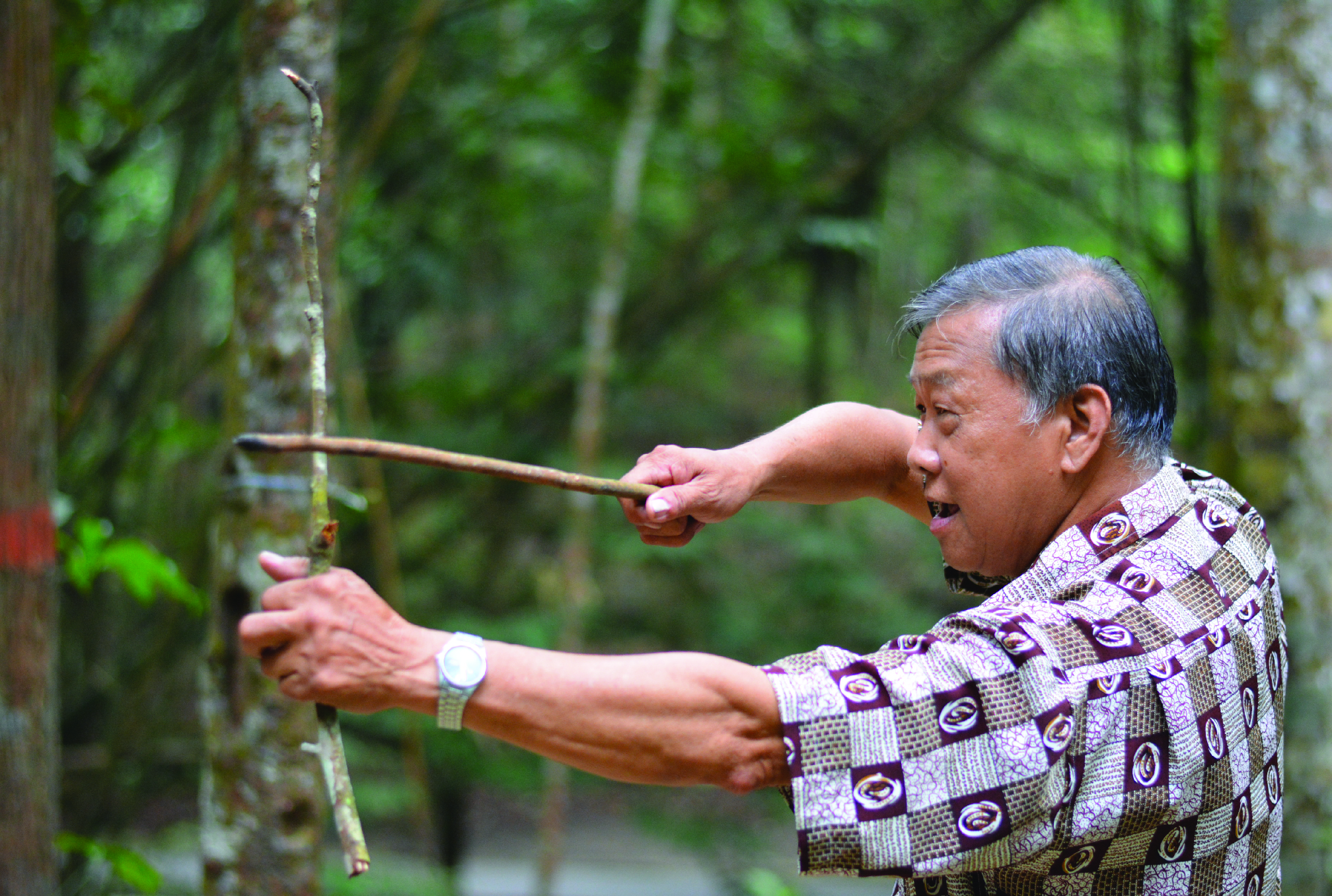 When I was touring Yunnam in 1994, after drinking with some friends I felt an acute pain in the right part of the abdomen. Then a dull pain around the liver area developed — and it would hit me often. The episodes became more frequent and I developed a fever, lost my appetite and I also lost a lot of weight. My weight fell from 162 to 135 pounds.

The abdominal pain returned with a vengeance on January 1, 1996. I went for a check-up and was shocked to learn that I had liver cancer and the tumour was 7.5cm.

I got second opinions. Some said the cancer might have spread to the bones so surgery was out of the question, while others told me I had to be operated on straightway so that I will have a 50% chance of surviving. Without surgery, they predicted that I would live for only 6 months.

They said the surgery would cost more than RM30,000 and there also could be a high probability of relapse. I felt depressed because I had to spend so much money for such a poor prognosis, so I went on searching for a better therapy. During that time, I took a friend’s advice and took some direct selling antineoplastic products for 4 months, but to no avail.

You can imagine how morose I felt. I was only 46 then. What will happen to my family and business?

The Turning Point In My Life

Encouraged by his words, I decided to go ahead with the surgery. I chose GHKL because the treatment in government hospitals was free. I went for a check-up in April 1996 and the surgery was scheduled for June 5. I bought Tian Xian Liquid from Tombo Enterprise on May 15.

It Has Been 24 years of Healthy Living

Twenty-four years have gone by. In retrospect, I truly appreciate what my wife went through when I was sick. She tolerated my tantrums and negativism throughout the ordeal, without a single word of complaint but only words of encouragement. She had to take care of me and our children at the same time and I can’t imagine how she managed to do it.

I had arranged for my 15-year-old daughter, who was only in form 3 then, to work at my factory before the surgery. My second daughter joined her in the second year. I didn’t go back to work for 4 years upon doctor’s orders lest a relapse should occur. I had given up all hope then, so I just left the factory to my children and went on holidays or fishing with friends instead. I just wanted to enjoy life to its fullest.

When I had made all the arrangements for the family and the factory, a great weight lifted from me. I changed my lifestyle and diet ever since I had cancer, avoiding unhealthy food and staying away from alcohol. I would not touch any unhealthy dishes, surviving mainly on fruit and vegetables. I practice Chinese Aromatic ‘Qi Gong’ and walk a lot.

The doctor who gave me a check-up in 1996 predicted that I had only 2 more years to live. Two years later, when I went for a check-up, he increased it to four years. Four years later, he predicted it would be seven years. I didn’t bother to see him anymore after that since his prediction was never correct.

Today, 14 years later, my daughters who have grown up and gotten married. I’m semi-retired. My friends tell me I’m like my old self!